Welcome to the Lusia Pass Refuge & Restaurant at 2000 metres

On one side of the Lusia Pass you may admire the lower Val di Fassa, the Latemar and the Catinaccio and Monzoni mountain chains, and on the other Alpe Lusia, the Lagorai chain, the Pale di San Martino and the entire area of the Paneveggio Natural Reserve.

In summer the refuge at 2000 metres is the departure point for marvellous excursions to the top of Cima di Bocche at 2745 metres, passing among the Lusia lakes at 2400 metres until one reaches the Bocche lake, which also lies at an altitude of around 2300 metres. The area of the Lusia and Bocche lakes is strewn with signs of the fighting of the First World War, the ruins of huts, caves and underground shelters, while paths run alongside trenches amid dry-stone walls and the remains of fortifications which constituted the Austrian defence lines during the First World War.

In winter the refuge lies on the edge of the Le Cune/Ciamp ski slope, in other words right in the heart of the Alpe Lusia/Bellamonte Ski Area. It can also be reached from the Lasté slope via the alternative route to the right of the wall from which the refuge can be seen. The ski area offers dozens of kilometres of slopes of all levels of difficulty, from the easier, sunnier ones on the slopes of Bellamonte to the more technically challenging ones on the slope towards Moena, all fully equipped with the most modern systems for scheduled artificial snow-making. 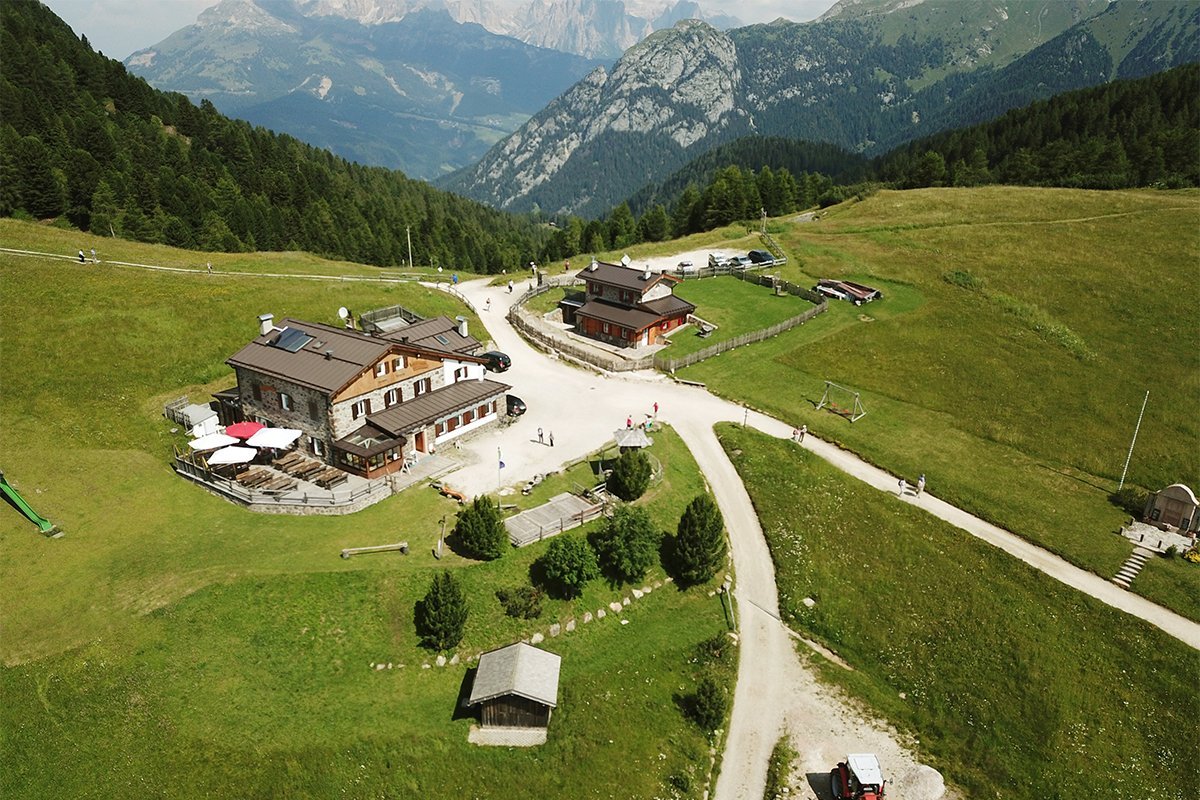 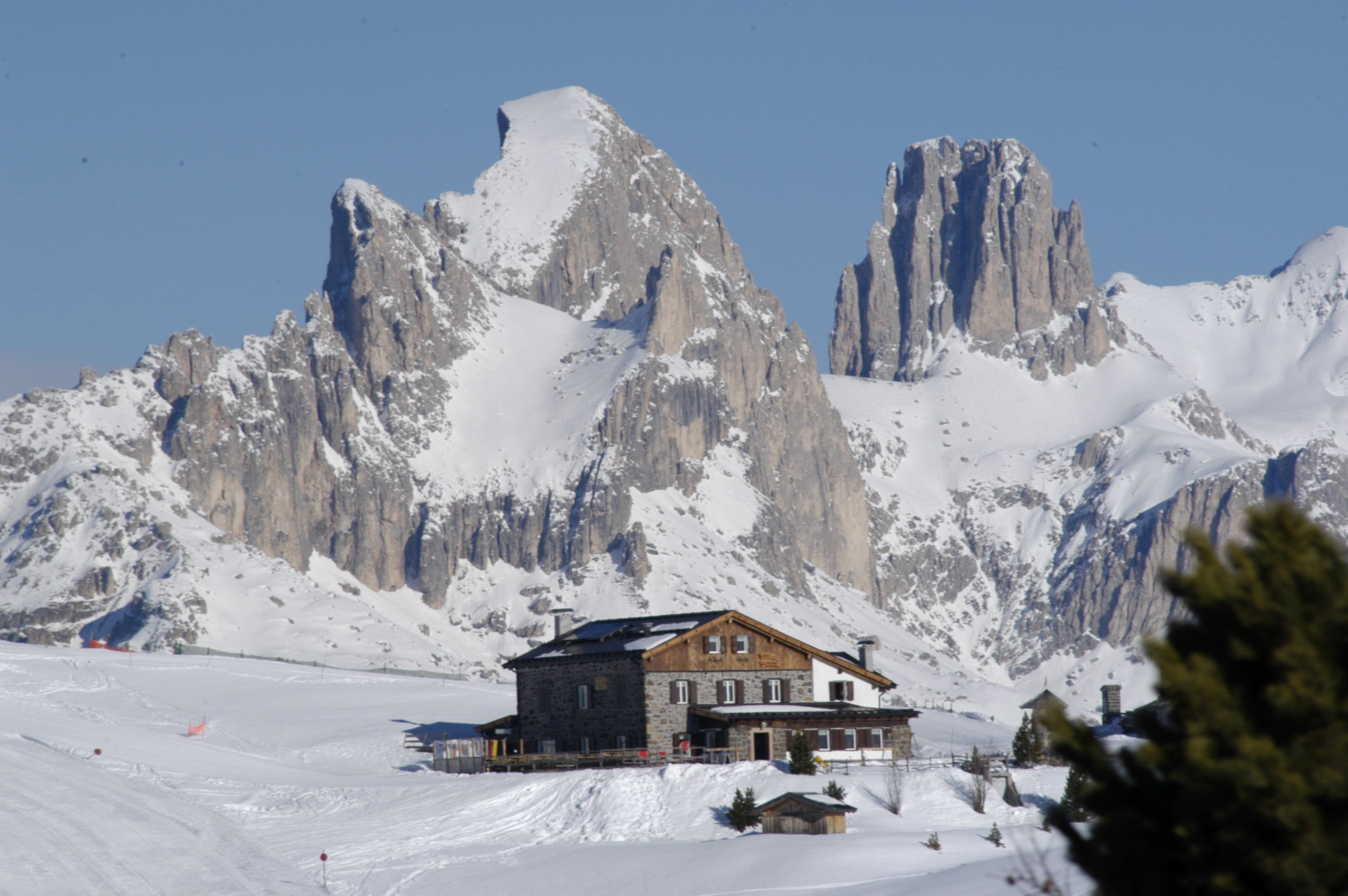 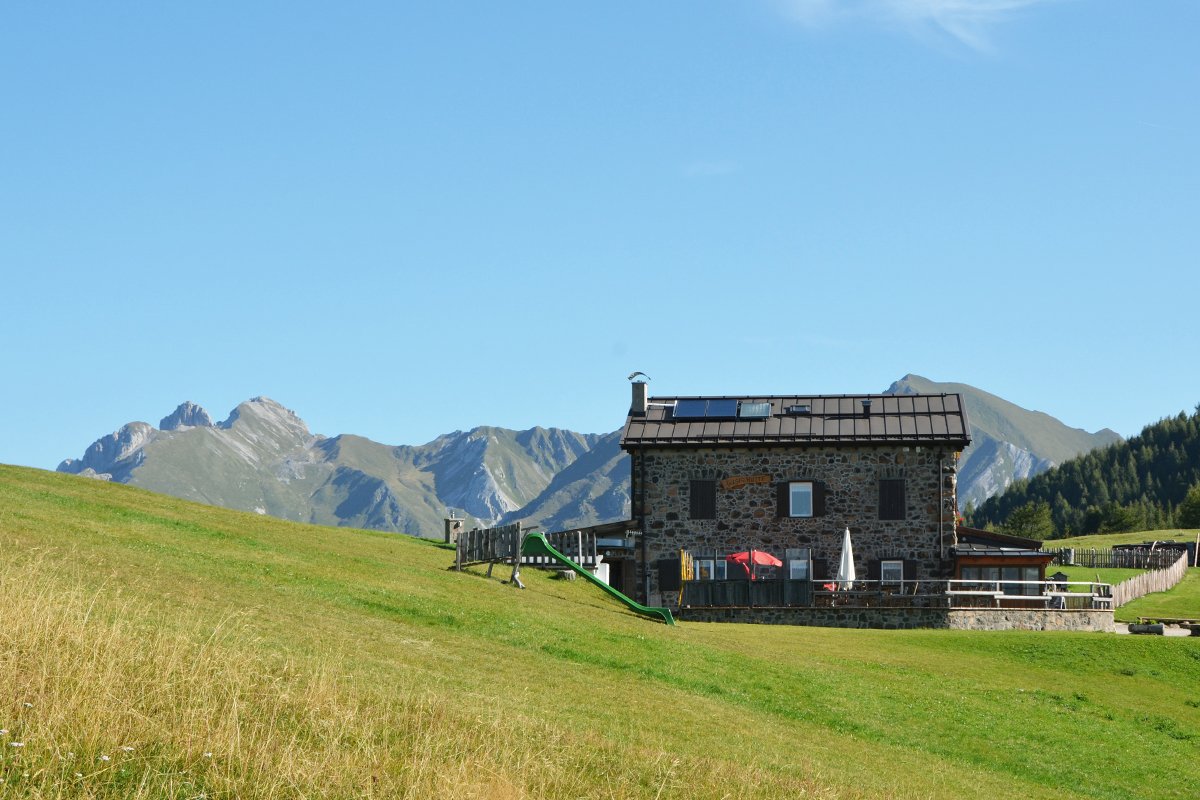 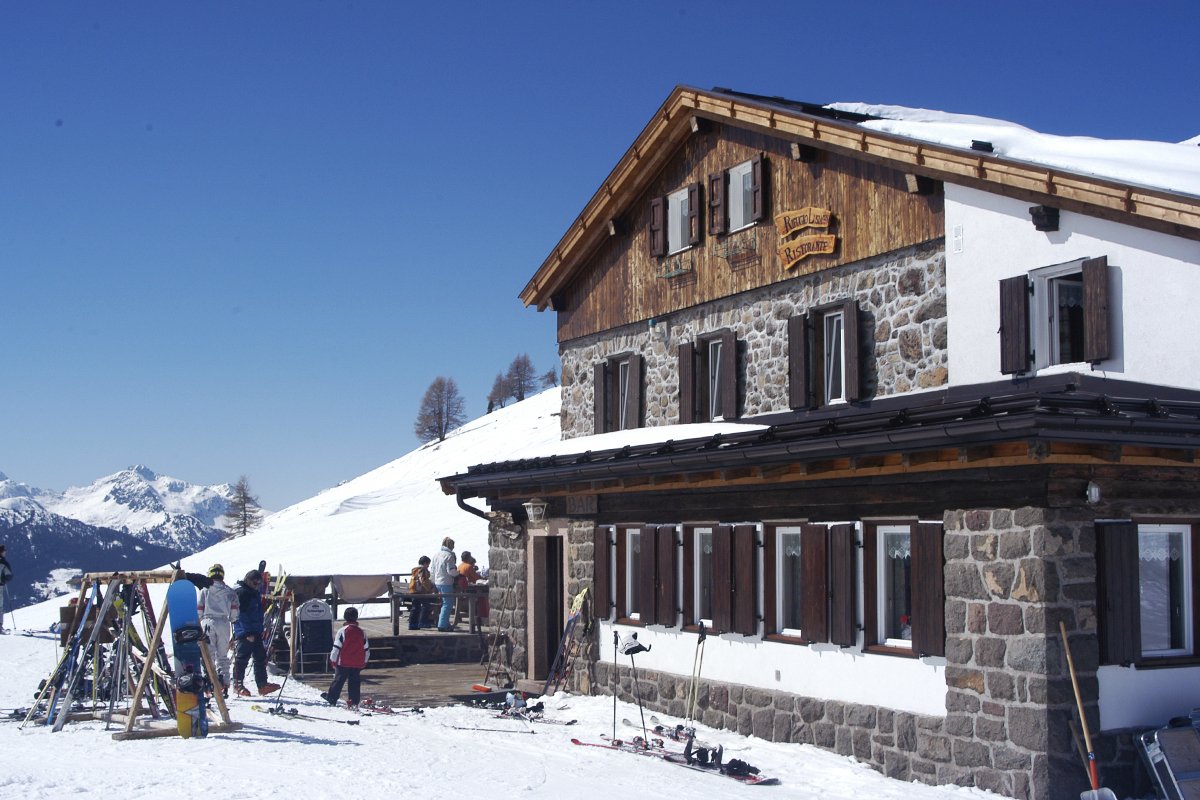